Europe – North Africa Cooperation in High Education comes in as education in the MENA generally and more specifically in its western half of North Africa has been for some time prioritised with various efforts being made to improve it through notably innovation with a view to creating job opportunities for the youth.
Illiteracy however remained and is still rampant although varying from country to country and from cities to rural areas within each country.
Historically, education systems of the Maghreb countries having within the last 50 years undergone since independence, reform processes whose main objectives was to prepare for the nationalization take over through European inspired education curriculums while stressing the need to respond as closely as possible to the aspirations of the indigenous cultures by providing teachers in re replacement of the predominantly European body of educators.
The situation nowadays is best described by an article on University World News Issue No. 456 of April 21, 2017 by Wagdy Sawahel who elaborated on Europe and North African higher education cooperation plans for the future.
It is well known to all around the Mediterranean basin that education and innovation are mechanisms of progress in the 21st century, whilst all ideas related to that goal resonate as being somewhat impossible to attain in most capital cities across North Africa without as it were, a hand from Europe.
Europe-North Africa HE cooperation plan unveiled

The 10 countries are known as member states of the “5+5 Dialogue initiative: A sub-regional forum for dialogue”.

The new two year plan (2017-18) was announced at the third conference of the ministers of research, innovation and higher education of the member countries of the forum for the dialogue in the Western Mediterranean, held under the theme “Promotion of Higher Education, Research and Innovation to Achieve Social Stability and Economic Development”, in Tunis, Tunisia from 30-31 March.

According to a dedicated website for the 5+5 Dialogue initiative launched in Tunis, the plan encompasses several initiatives and projects, including the setting up of a network of higher education institutions, the formation of teams of researchers and engineers around joint projects, the development of a rectors’ network, along with the promotion of exchanges of best practices in quality assurance and governance.

Based in Tunisia, the regional network will focus on strengthening existing university linkages and developing newer partnerships around novel cooperative projects.

The network will participate in the construction of ‘Mediterranean spaces’ dedicated to research, innovation and higher education approved and outlined in the 2013 Rabat Declaration and endorsed at the first conference of ministers of research and higher education of the 5+5 Dialogue states, held in Morocco.

Mediterranean spaces will be based on the principle of free movement of researchers between the two western shores of the Mediterranean and on a connection to regional and global scientific networks to facilitate the exchange of scientific data and development of skills.

It will also focus on intellectual property, patenting and exchange of students, academics and research between countries.

The network will also support initiatives that promote institutional partnerships, including scientific networks, the mobility of students, faculty and administrators, multi-diploma or thesis co-supervision, and the development of online training and research

Collaboration with researchers in the region will be enhanced under the Horizon 2020 programme known as PRIMA – Partnership for Research and Innovation in the Mediterranean Area – that will help bridge the gap and regulate the brain drain through the creation of poles of excellence in member countries.

The proposed Dialogue 5+5 rectors’ network will focus on specific initiatives including organising regular encounters between rectors and presidents from all Dialogue 5+5 countries, with visits to universities and polytechnic institutes as well as international meetings of students and researchers, and the holding of conferences and seminars on mobility and academic interchanges.

Besides sharing quality assurance practices, the plan will enhance exchanges on governance with a focus on the organisation of teaching, research and innovation in order to improve the management, efficiency and financial autonomy of institutions.

At the opening of the conference, Tunisian Prime Minister Youssef Chahed said that a national conference on higher education reform will take place in Tunis in the period from 30 June-1 July to present a higher education reform plan that will focus on five major axes, including university training, employment, human resources, governance and innovation, according to a local press report. Net Migration to the UK is at an all-time High

Implications of Brexit for democracy?
Opportunity in Government Productivity Analysis by Faro | Apr 21, 2017 | Democracy, Developed Countries, Diversification of the economy, Education & Culture, Governance, Government Policy/Regulation/Legislation | 0 comments Opportunity in Government Productivity Analysis All leaders in all countries of the MENA region would be well inspired in reading this write up of McKinsley Center for Government (MCG). It is a closer look at through a review of all sectors opportunity in government productivity analysis and in its report’s executive summary, it (MCG) as ‘a global hub for research, collaboration, and innovation in government productivity and performance’ holds that ‘its mission is to help governments and non-governmental institutions improve the lives of citizens worldwide and to help solve the world’s most pressing economic and social issues.’ In a few words, the report studied ways that productivity and opportunity for improvement in various developed countries government departments, etc. is measured. It also showed shortcomings and / or limited progress on measuring government productivity when comparing these countries’ differing performances as it were of certain obvious sectors of governement activities literally department by department. The opportunity in government productivity Governments face a pressing question: How to do more with less? Raising productivity could save $3.5 trillion a year—or boost outcomes at no extra cost. Higher costs and rising demand have driven rapid increases in spending on core public services such as education, healthcare, and transport—while countries must grapple with complex challenges such as population aging, economic inequality, and protracted security concerns. Government expenditure amounts to more than a third of global GDP, budgets are strained, and the world public-sector deficit is close to $4 trillion a year At the same time, governments are struggling to meet citizens’ rising expectations. Satisfaction with key state services, such as public transportation, schools, and healthcare facilities, is less than half that of nonstate providers, such as banks or utilities. Governments need a way to deliver better outcomes—and a better experience for citizens—at a sustainable cost. A new paper by the McKinsey Center for Government (MCG), Government productivity: Unlocking the $3.5 trillion opportunity, suggests that goal is within reach. It shows that several countries have achieved dramatic productivity improvements in recent years—for example, by improving health, public safety, and education outcomes while maintaining or even reducing spending per capita or per student in those sectors. If other countries were to match the improvements already demonstrated in these pockets of excellence, the world’s governments could potentially save as much as $3.5 trillion a year by 2021—equivalent to the entire global fiscal gap. Alternatively, countries could choose to keep spending constant while boosting the quality of key services. For example, if all the countries studied had improved the productivity of their healthcare systems at the rate of comparable best performers over the past 5 years, they would have added 1.4 years to the healthy life expectancy of their combined populations. That translates into 12 billion healthy life years gained, without additional per capita spending. It’s imperative that governments find a way to unlock that productivity opportunity. The challenge is that, until now, there’s been limited progress on measuring government productivity—even though productivity is a well-established and vital measure of the performance of national economies and private-sector businesses. As a result, it is difficult for governments to gauge the true return on spending, and debate is often focused on how to increase inputs and not the quality of outputs. Governments typically find it challenging to identify improvement opportunities by learning from other countries, or from other regions or sectors within the same country. To help close this gap, MCG built a comprehensive database and benchmarking methodology—the Government Productivity Scope—to start to assess the efficiency and effectiveness of government expenditure. MCG applied the tool across 42 countries that together make up 80 percent of global GDP, focusing on seven sectors: healthcare; primary, secondary, and tertiary education; public safety; road transport; and tax collection. The research was supplemented with insights from more than 50 interviews with government leaders and more than 200 case studies. This paper presents the first version of MCG’s analysis, which we will continue to extend and refine in dialogue with government leaders and academic experts. The initial findings point to dramatic differences in countries’ relative productivity. Even among comparable countries with very similar outcomes, the least-efficient government currently spends more than twice as much per unit of output as its most-efficient peer. And while most countries have struggled to contain spending growth, in every sector MCG found examples of governments that have reduced expenditure per unit while experiencing improved outcomes. These differences point to a tremendous opportunity for governments to boost productivity, save money, and achieve better outcomes for citizens. To realize that opportunity, though, governments need to deepen their functional capabilities in four key areas: finance, commercial, digital technology and data analytics, and talent management. As MCG shows, pioneering countries have reimagined and strengthened these functions so they play a more strategic leadership role in pursuing efficiency and improving outcomes. Across these areas, those governments have adopted an ambitious, structured approach to transform the effectiveness of the state.
The United Kingdom gave up its use of coal
Comment on this post
Newsletter
Follow me
Search
FAROLFORUM 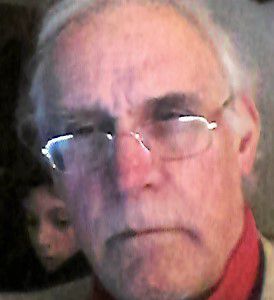