A Clean Energy Revolution is Underway

A clean energy revolution is underway all over the world. As an example amongst many, and according to Algerian media, solar-generated electricity in private habitations or business premises is now feasible in technical and financial terms.  “Installation of a solar system to supply electrical power is now affordable, even for middle-income families”, explains the Director of the Center for development of renewable energies (CDER) to the Algerian Press Service.

Sadiq Khan to kick start a ‘clean energy revolution’ after London mayoral win was the title of SOLAR POWER PORTAL back in May 9, 2016.  Excerpts of this article are noted below as:

London was recently ranked the worst city in England and Wales for its use of renewable energy in a study by think tank Green Alliance, which found that just 0.05% of electricity consumption in the capital was met by renewables.

It also found that less than one per cent of its households were equipped with PV panels, which is the worst proportion of solar roofs in the 20 largest cities in England and Wales by population.

A report published before the election by a coalition of environmental groups called for the new mayor to increase London’s solar capacity tenfold by 2025, rolling out solar across an area equivalent to around 200,000 London rooftops.

Meanwhile, a clean energy revolution is underway per the World Economic Forum announcement in its article published in collaboration with The Conversation on May 4, 2017.

We reproduce here the said article for its quality and comprehensiveness make a must read for all concerned.

The image above is titled The most progressive field in the power sector is renewable energy and is f REUTERS/Jean-Paul Pelissie.

A clean energy revolution is underway. This is why

In 2016, more renewable energy was added to the global grid than ever before, and at a lower cost. A global energy revolution is clearly underway.

What catalysed this transformation?

In our latest study, Faster and Cleaner 2: Kick-Starting Decarbonization, we looked at the trends driving decarbonisation in three key sectors of the global energy system – power, transportation and buildings.

By following the emission commitments and actions of countries, we examined what forces can drive rapid transition through our Climate Action Tracker analysis.

It turns out that, in these fields, it has taken only a few players to set in motion the kind of transformations that will be necessary to meet the Paris Agreement’s target of keeping the global temperature increase to well below 2˚C, ideally to 1.5˚C, over its pre-industrial level.

Renewable energy on its way

The most progressive field in the power sector is renewable energy. Here, just three countries – Denmark, Germany and Spain – were able to show the way and start an international shift.

All three introduced strong policy packages for wind and solar that provided clear signals to investors and developers to invest in these new technologies. Renewable energy targets and financial support schemes, such as feed-in tariffs, were central to them.

By 2015, 146 countries had implemented such support schemes.

Next, we established that the United Kingdom, Italy and China, along with the US states of Texas and California, pushed bulk manufacturing of solar technology even further and provided the kinds of economies of scale that led to this massive increase in renewable capacity globally. Solar is projected to become the cheapest energy generation source by 2030 in most countries. In some regions, renewables are already competitive with fossil fuels.

Information released this month by the United Nations Environmental Programme and Bloomberg New Energy Finance confirms that, in 2016, the rate of renewable take-up rose yet again, with clean energy providing 55% of all new electricity generation capacity added globally. This is the first time there was more new renewable capacity than coal.

Investment in renewables doubled that of investment in fossil fuels. Yet clean power investment dropped 23% from 2015, largely because of falling prices.

To meet the goals of the Paris Agreement, we need to fully decarbonise the global energy system by mid-century. That means the historic trends in the energy sector – 25% to 30% annual growth in renewables – must continue for the next five to ten years.

This will require additional policies and incentives, from increased flexibility in the energy system to new regulatory and market approaches.

Electric vehicles poised to take off

A similar trend is beginning to transform the transportation sector. In 2016, more than one million electric vehicles were sold, and new sales continue to exceed projections.

Again, our research tells us that it took only a few players to kick off this trend: Norway, the Netherlands, California and, more recently, China.

Their policies focused on targets for increasing the share of electric vehicles for sale and on the road, campaigns to promote behavioural change, infrastructure investment, and research and development.

China’s market took off a little later, in 2014, but sales there have already surpassed both the US and the EU.

Though, to date, it lags behind the renewable power sector, the electric vehicle market is poised to see a similar boom. Current sales numbers are impressive, but we are still far from seeing a transportation transformation that would allow us to meet the Paris Agreement targets.

To get us going down that path, more governments around the world would need to introduce the same strict policies as those adopted by Norway and The Netherlands.

The third sector we examined is buildings. Though higher energy efficiency standards in appliances are really starting to curb emissions, emissions from heating and cooling buildings have been much more difficult to phase out.

There are proven technological solutions that can result in new, zero-carbon buildings. If designed correctly, these constructions are cost-effective over their lifetime and can improve quality of life.

In Europe and elsewhere, there are some good initial policies on new building standards that make new constructions more environmentally friendly, and some EU states – the United Kingdom, France and the Netherlands among them – are also beginning to mandate that older buildings be retrofitted.

Still, the rate of retrofitting falls well short of what is required to substantially drop building emissions.

Innovative financial mechanisms to increase the rate of retrofitting buildings, along with good examples of building codes for new constructions, would go a long way to drive adoption of these technologies.

And, as our study showed, only a handful of governments (or regions) would need to make a move to kick-start a transformation. It worked for energy and transport – why not buildings, too?

The more governments work together sharing policy successes, the bigger the global transformation. With collaboration, we can meet that 1.5°C goal. MENA region from ‘the Gulf to the Atlantic’ The United Kingdom gave up its use of coal Bracing for the oil, food and financial crash of 2018
France’s presidential elections impacting Algeria
Armenia and Turkey 2 neighbouring countries of the MENA
Comment on this post
Newsletter
Follow me
Search
FAROLFORUM 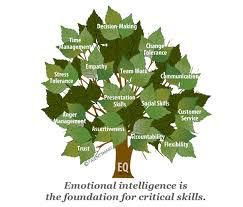